Maggy has dedicated her entire career to seeking justice for vulnerable victims and fighting for access to healthcare. She currently serves as a Special Advisor to the California Attorney General. With distinction, she previously served as a deputy for four Attorney Generals, taking on high impact cases against predatory lenders who took advantage of struggling families, sex traffickers that preyed on vulnerable teenagers, and attorneys that used their position of trust to exploit immigrant families.

Maggy served as Supervising Deputy Attorney General of the Special Crimes Unit and was cross-designated as a Special Assistant United States Attorney to prosecute federal cases as part of her work combating mortgage fraud and financial crime.  She received an Excellence Award from then Attorney General Kamala Harris for her work on the Mortgage Fraud Strike Force.

Maggy earned a reputation as a top prosecutor, bringing innovative strategies to prevent and combat violent and serious crime and headed the office’s first-ever human trafficking task force.  In addition to filing multiple ground-breaking cases, Maggy has worked tirelessly to protect and empower survivors, bringing a survivor-centered approach to investigations, and broadly advocating for human trafficking prevention, training and education.

Maggy describes the pervasive and horrific nature of human trafficking, legal strategies for bringing traffickers to justice in the digital age, and the story of how she and her team battled against a corporate sex trafficking monolith in her newly released book: Taking Down Backpage: Fighting the World’s Largest Sex Trafficker – A Prosecutor’s Story.

Maggy has frequently been relied on as a legal expert on sexual abuse and trafficking by  major media outlets such as the Washington Post, NBC news, the Wall Street Journal, NPR, and Los Angeles Times. 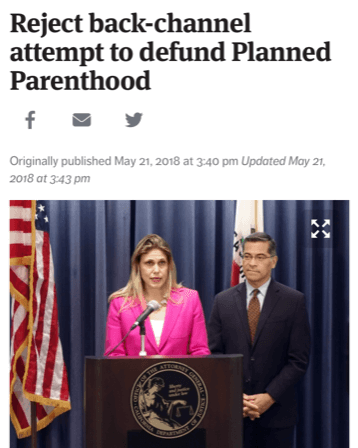 Maggy has also been at the forefront of the nation’s fight for reproductive rights and access to healthcare as Chief Legal Counsel for Planned Parenthood Affiliates of California. She has fought tough battles to stave off attempts at eroding access to safe, legal abortion and has helped breakdown barriers to accessing healthcare in California. Maggy’s advocacy efforts have resulted in more women having access to healthcare, particularly low-income and those who have historically been disadvantaged. Planned Parenthood’s 110 health centers in California serve approximately 800,000 patients per year, 90 percent of whom are well below the federal poverty line.

When the Trump Administration announced its brutal family separation policy in 2018, Maggy immediately headed to Texas, and was one of the first attorneys to get inside an ICE detention center and successfully reunite refugee families ripped apart by the policy. Maggy has continued with this work, helping one of the formerly separated families to successfully gain asylum, and as part of a team of lawyers challenging the Administration’s policy in court. 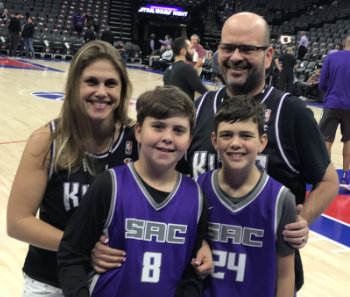 Maggy has lived in Sacramento for over 20 years and is an active member of the community, volunteering for several non-profit organizations, coaching YMCA youth basketball, and serving on the board of directors of the Sacramento Boys and Girls Club. A lifelong Californian, Maggy received her B.A. from U.C. San Diego and J.D. from U.C. Davis, King Hall School of Law. Maggy is the proud mom of two boys and a yellow lab, a devoted 49ers fan, and the sympathetic wife of a Dolphins fan. The family roots for the Sacramento Kings and Republic FC together!