Learn More
Get in Touch

Maggy Krell: A fighter for justice
who doesn’t back down

Maggy Krell has dedicated her entire career to fighting for justice, equity, and access to healthcare. With distinction, she served as deputy for four Attorney Generals, taking on high impact cases against predatory lenders who took advantage of struggling homeowners, sex traffickers that preyed on vulnerable teenagers, and attorneys that used their position of trust to exploit immigrant families.

Maggy earned a reputation as a top prosecutor in the California Department of Justice, bringing innovative strategies to prevent and combat violent and serious crime and heading the office’s first-ever human trafficking task force. In addition to filing multiple ground-breaking cases, Maggy has worked tirelessly to protect and empower victims, bringing a survivor-centered approach to investigations, and broadly advocating for human trafficking prevention training and education. 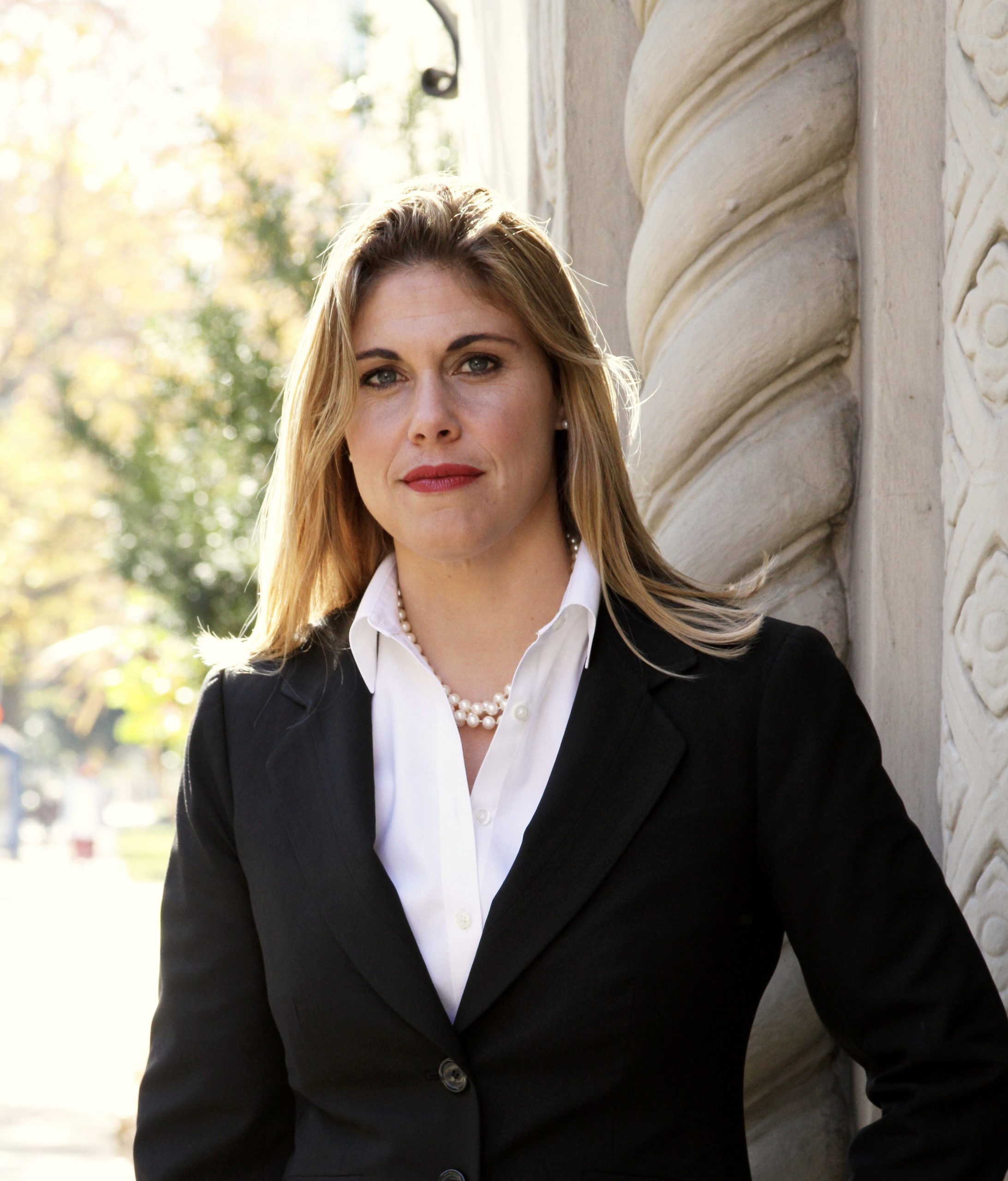 Maggy describes the pervasive and horrific nature of human trafficking, legal strategies for bringing traffickers to justice in the digital age, and the story of how she and her team battled against a corporate sex trafficking monolith in her book: Taking Down Backpage, which will be published January 11, 2022 by New York University Press.

Insider details from the takedown of Backpage, the world’s largest sex trafficker, by the prosecutor who led the charge

For almost a decade, Backpage.com was the world’s largest sex trafficking operation. Seven days a week, twenty-four hours a day, in 800 cities throughout the world, Backpage ran thousands of listings advertising the sale of vulnerable young people for sex. Reaping a cut off every transaction, the owners of the website raked in millions of dollars. But many of the people in the advertisements were children, as young as 12, and forced into the commercial sex trade through fear, violence and coercion.

In Taking Down Backpage, veteran California prosecutor Maggy Krell tells the story of how she and her team prevailed against this sex trafficking monolith. Beginning with her early career as a young DA, she shares the evolution of the anti-human trafficking movement. Through a fascinating combination of memoir and legal insight, Krell reveals how she and her team started with the prosecution of street pimps and ultimately ended with the takedown of the largest purveyor of human trafficking in the world. She shares powerful stories of interviews with victims, sting operations, court cases, and the personal struggles that were necessary to bring Backpage executives to justice. Finally, Krell examines the state of sex trafficking after Backpage and the crucial work that still remains.

"A memoir, a legal thriller, and a heartening perspective on law enforcement at its best and brightest."

“Taking Down Backpage is a gripping story of tragedy, overcoming adversity, and the pursuit of justice that gives insight into the fight against sex trafficking in the digital age.” NYUPress

What People are Saying

"Maggy never lost sight of the human beings — many of them vulnerable women and children — who were falling prey to profits. In the fight against human trafficking, there is no one more dedicated to applying the law to seek justice for victims. Maggy’s commitment to victims and survivors continues — as she shares her tireless journey to inspire a new wave of freedom fighters to continue to adapt and respond to the savvy and bullish corporate beneficiaries of trafficking that will utilize any means possible to wreck lives — her account is a must read for anyone whose heart says the world can be changed for the better."

"Maggy Krell is a kick-ass prosecutor and a true champion for children who have been victimized by sex trafficking. Her heroic efforts to bring Backpage to justice was a game changer. I’m thrilled she’s written this riveting narrative with chilling detail of how our nation’s children are victimized by online traffickers. Her work has saved children’s lives and is a lasting inspiration."

"This book is both a fascinating legal thriller about the power of justice and a chilling reminder of how pervasive and horrific human trafficking is. Krell weaves the story together in gripping fashion and leaves the reader with hope and inspiration."

"Maggy's work on the Backpage case changed the course of anti-trafficking efforts across the United States. I really appreciate her compelling insider account of how law enforcement and victims and survivors of sex trafficking ultimately prevailed."

Author of Walking Prey, How America's Youth are Vulnerable to Sex Slavery

"Maggy’s story will remind lawyers why they went to law school and inspire anyone who dreams of becoming a lawyer and fighting for children who have been trafficked and abused. This book is a fascinating legal thriller, but it’s also the story of how one person can change the world with perseverance, creativity and legal grit. Maggy’s story will stay with you long after you turn the last page."